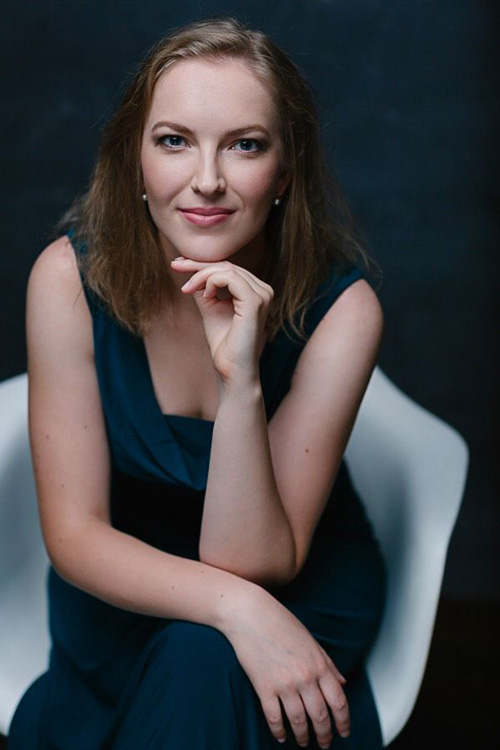 She was born in Crimea, learned at famous Kyiv specialized music school named after M. Lysenko and studied at the National Music Academy of Ukraine named after P. I. Tchaikovsky in the class of Prof. Nataliya Tolpygo. Since 2013 she is based in Germany. There she completed Master degrees at Folkwang University of Arts in Solo Professional Performance and Chamber Music with Prof. Hisako Kawamura and Evgeni Sinaiski as mentors.

2019 she received the Dr. Alfred Hoff special prize for young pianists at the Folkwang University of Arts.

Iermachkova has performed at festivals such as the Yuri Bashmet Youth Academy in Minsk (2009), the Emil Gilels Foundation Festival in Freiburg (2012), the International Piano Academy Freiburg (2014), the Beethoven@home – Next generation (Bonn, 2015), the International Holland Music sessions 2015 and the Piano-Marathon by Klavier-Festival Ruhr (2015 and 2017).

Ievgeniia was awarded numerous scholarships, among them: the President of Ukraine scholarship and the DAAD-Scholarship.

Since 2018 Iermachkova works as a faculty member at the International Music Academy Anton Rubinstein in Düsseldorf.